My adventures in fostering

That mother and baby duo are just too much. Mallory is so tiny!
Top

Saturday Mallory, her mom and aunt went to another foster home. It was sad to see her go, she's so stinking cute!!

I got two new fosters though, Theo and Van Gogh. Van Gogh was part of a huge hoarder rescue years ago. The situation was horrible I've heard and several of the babies had their ears chewed off. Van Gogh was one of the babies so he only has little ear nubs. He and Theo are super sweet and adorable dudes! 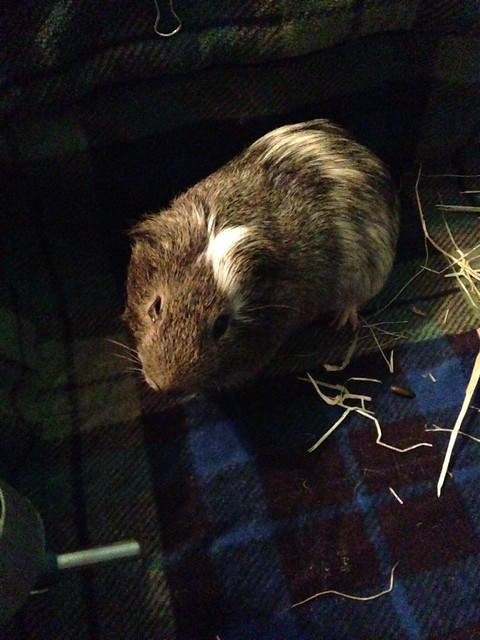 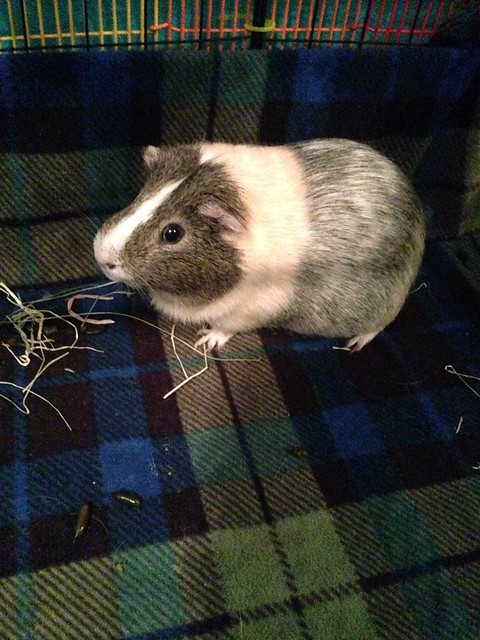 
I also decide to officially adopt Leo! I knew I could never let him leave here so I decided to make it official and take the financial burden off the rescue. It's really cool knowing he's really mine now :-)
Top

Oh, that is great!

A piggie to love!
Top

On April 7 I got Elphaba and Glinda, a mother daughter pair who both came to our rescue pregnant and after having their babies were staying with a foster in LA. Well his landlord heard the rat bite fever story and said he wasn't allowed to have guinea pigs anymore so they came to stay with me. They are ADORABLE!! They are also the most relaxed pigs ever! I was doing an Easter photo shoot and they both just flopped down and got comfy. They snuggle with each other too, it's super cute! 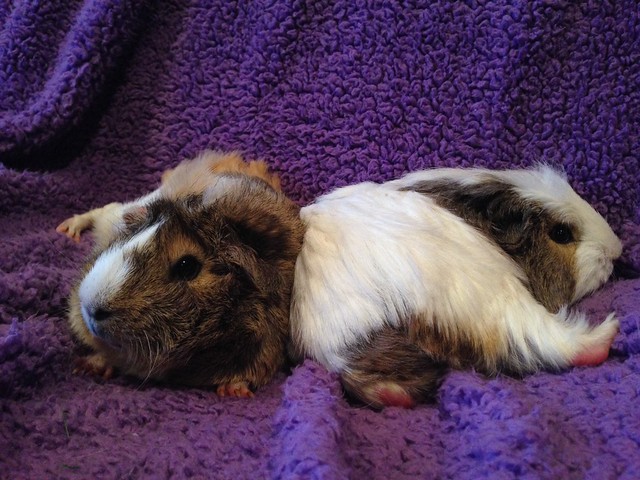 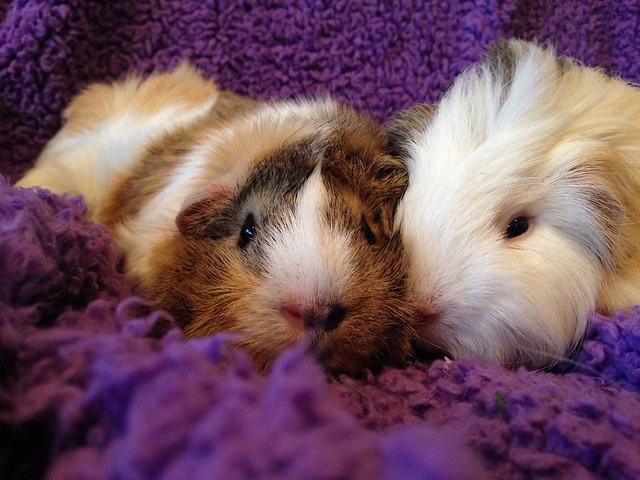 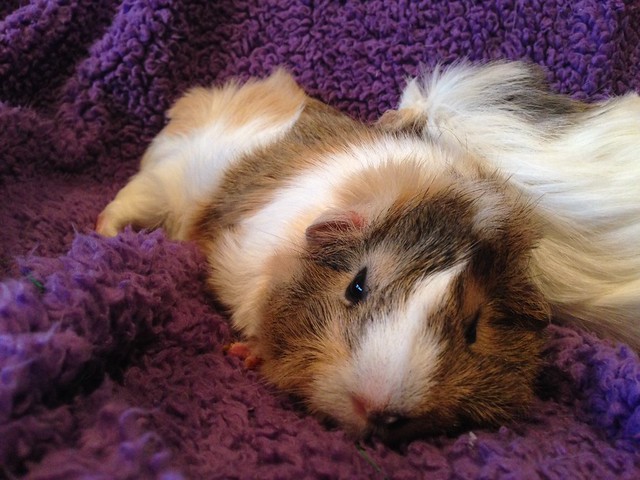 They are indeed adorable!!!
Top

On April 24 I traded a pair of my fosters, Theo and Van Gogh, for two single boys, Skylar and Peter B, another local foster had. The plan was to try to pair them up with babies since they didn't seem to get along with any other adult males. The plan ended up falling through. At that same time we were asked by a local shelter if we could take 7 pigs that were brought in together. To make room she came back to get Skylar on April 27 and I was going to pull the 7 on the 29th.

On the evening of the 27 I got a call from the rescue president telling me that there had been an accident, the foster mom was gone and her husband had left their 3 and 6 year olds outside in a little kiddie pool with the Theo and Van Gogh in a cage and the three year old put them in the pool. Theo drowned and Van Gogh was rescued. I drove over to get Van Gogh to make sure he was okay and didn't have any fluid in his lungs. He was fine, wet and cold, but fine.

The next day she decided she shouldn't foster anymore and brought me Skylar.

On April 29 we pulled the 6 from the shelter (1 was already adopted). I took the three girls and one boy and another foster took a pair of boys. We named the boy Bud and the girls Daisy, Lilly and Rose.


These are the three girls 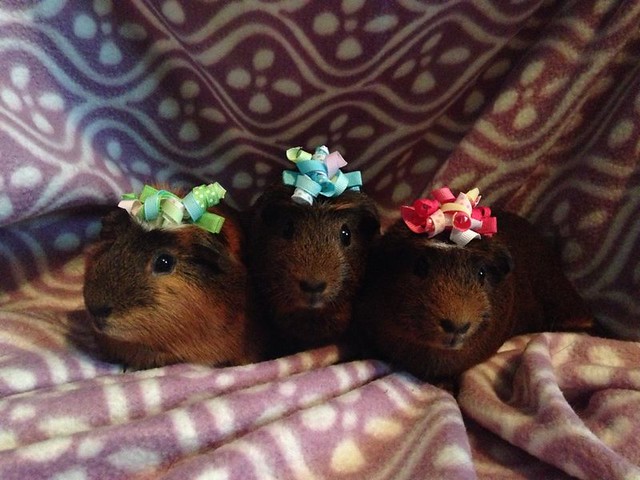 Awwww, look at those beauties!! How cute.
Top

So sorry for the loss of Theo. Very cute photo of the girls.
Top
Post Reply 108 posts