Everyone Needs A Little fairy! Part 11

Hi Mildred. I miss Fairy too, and I never met her. I wasn't even her mom, like you were. I love to see that there is still a lot going on in Fairyland though. Love your herd
. Thank you for the pictures and the report! Carry on.
Top

What a bunch of beautiful piggieeess.

You having five piggies reminds me of a game my boys and I would play called, "Guess the Pig ", when we had five lovely pigs.

One person lays on the couch and is trusted to scrunch eyes closed. The other player goes and selects one of the numerous pigs, and sets it on the person's chest. That person must feel and properly name pig correctly. Players take turns and a score is kept.

Of course some are easy to identify. Some are not. One of our matching pairs I could identify by springyness and odor. One boar was more muskier.

It was a lot of fun. Those were good times. Perhaps Ian would be up for it?
Top

What a good game that sounds, Wheekers3! Ian has already said, though, how unfairy it is when you have a matching pair of pigs! I LOVE the idea though, I will let you know how round 1 goes!

Thanks so much for all your wonderful comments, you have really helped. It's been hard again just lately.
Top

All that intense care makes the bond especially strong, Mildred, imho. And the loss that much more wrenching. Like any grief, it tend to ebb & flow.

Thinking of you & the magical Fairy. She'll always be there in our hearts. Hugs.
Top

Flo is going from strength to strength! She had a bath and fur trim yesterday and was pretty well behaved, not up to Fairy's standards but better than the wild Poppy and Posy! They are the cheekiest pair of pigs I've ever know! Pansy has a sore front leg formed dashing around too fast, then turning too sharply and hurting herself - she felt quite sorry for herself yesterday but seems almost back to normal today. She is still biggest, heaviest piggy! Pixie is her usual calm self, she is getting to be quite the cuddle-pig.

Life has been hectic, to say the least! I didn't ever imagine I wouldn't be posting regular photos and updates on GL but somehow that is what has happened. Ian's parents suddenly both became very infirm resulting in both ending up in hospital. They now need to be moved into a care home, something I never imagined happening! They are to live not too far from us, moving in next week, quite a huge change as they lived over near Blackpool (the other side of England to us) in the same house for 55 odd years! There has been A LOT to sort out and in the next week or two we have to get their house emptied ready to sell.

My right shoulder developed a bit of a pain similar to the left one (I had that tendon repaired about a year ago as now)! Anyway, I had a scan and discovered the tendon was only inflamed and not torn, phew! A steroid injection has helped reduce the inflammation and all seems well now!

Ian has been flat out at work so I've been doing a bit of the computer stuff to help out and then the village Flower and Produce Show took place a couple of weeks ago - more work because we took over the running of it last year!! It went well and we ended up raising a good sum for the Village Hall. Very tiring though!

Ian is up in Scotland for work this week, back tomorrow, so I've been on full piggy duties! I miss his helping hand!

Anyway, I just wanted to say Hi! Sorry to have rambled on!!!
Top

Oh Mildred, please come and ramble with us any time! Sorry to hear about Ian's parents. That's always so hard.
Top

Thanks for the update, Mildred! I've been wondering how you and Ian were doing.
Top

Ditto Bugs Mom and C.C-C. We miss you when you're not here, I hope things get settled for Ian's parents quickly.
Top

Good to hear from you Mildred. I'm sorry about your in-laws, but hopefully they will settle in quickly to their new home.
Top

I have been thinking about you the past couple of days, MildredM. It sounds like so much is happening. I hope the care home works out well for Ian's parents.

It is so good to have you stop by, cheeky pigs and all!
Top

I've taken some photos today! And here's Poppy and Pixie showing off their fab new sign! 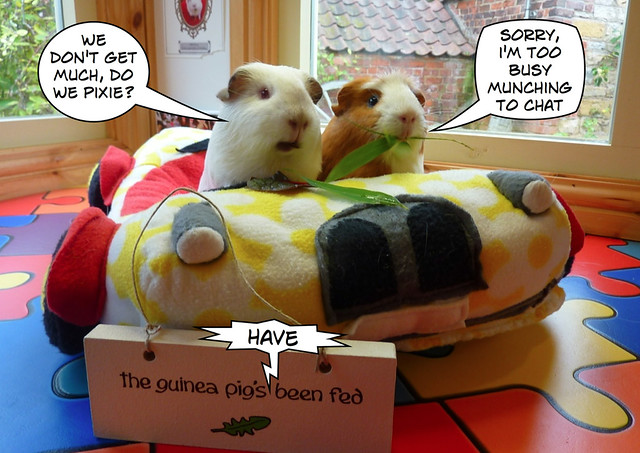 Yes! It's a bit awkward! It is a sign meant for one piggy only I suppose!
Top

Ah, yes, I was trying to figure it out - it seems to say:

The guinea pig has been fed.

Oh, the danger here! Which guinea pig?! Was it enough to prevent crankiness? Who saw the other guinea pig being fed and is now ready to brawl?
Top 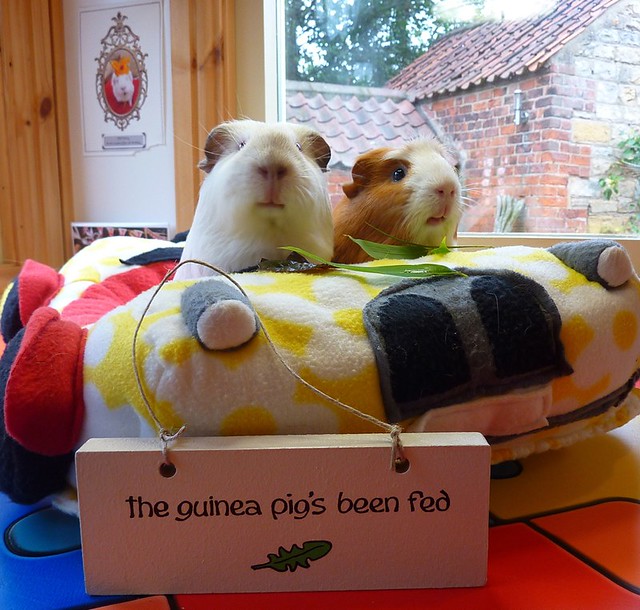 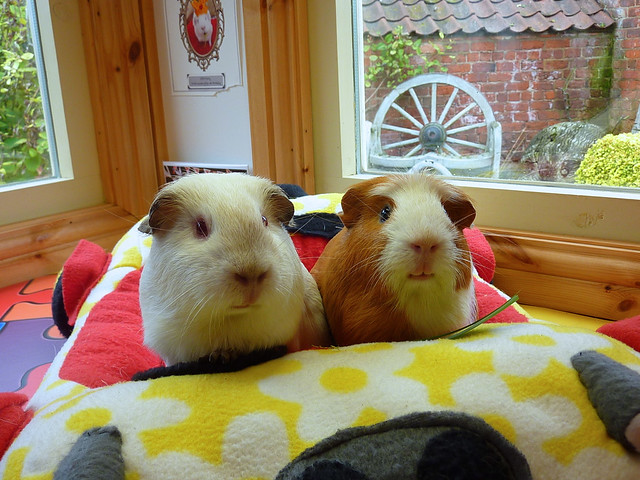 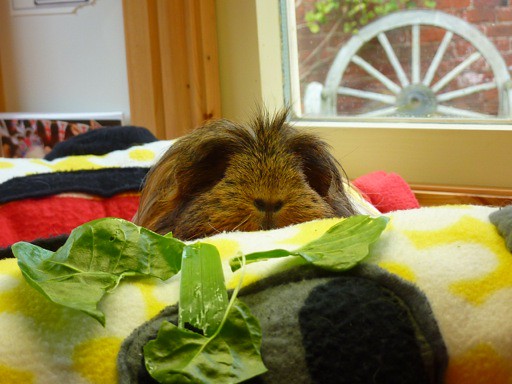 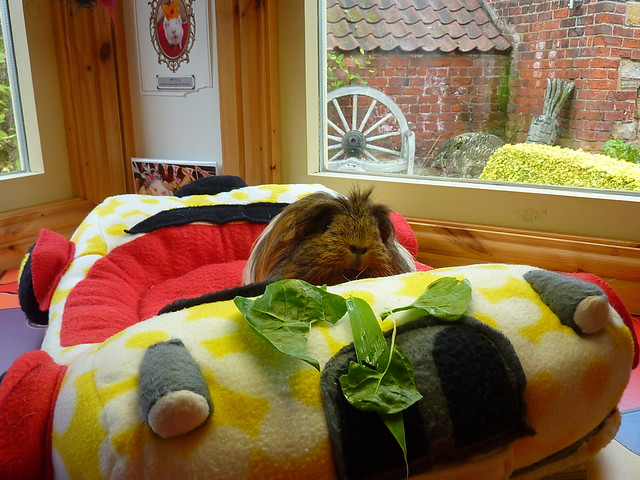 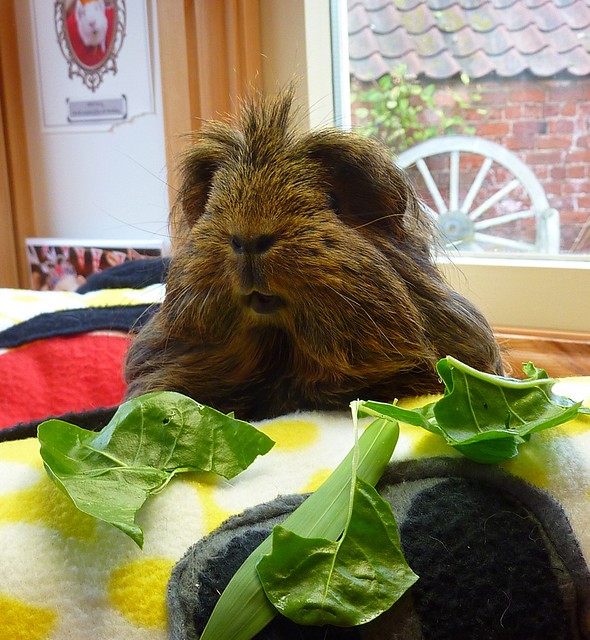 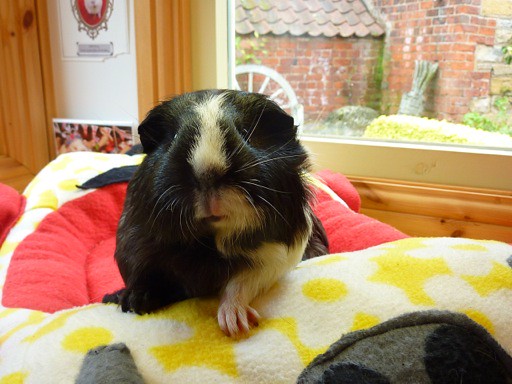 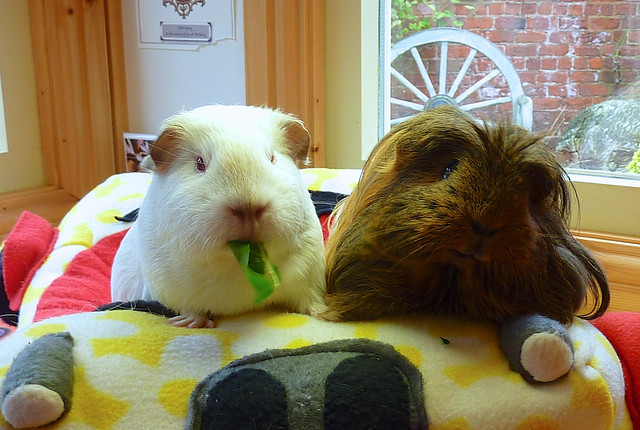 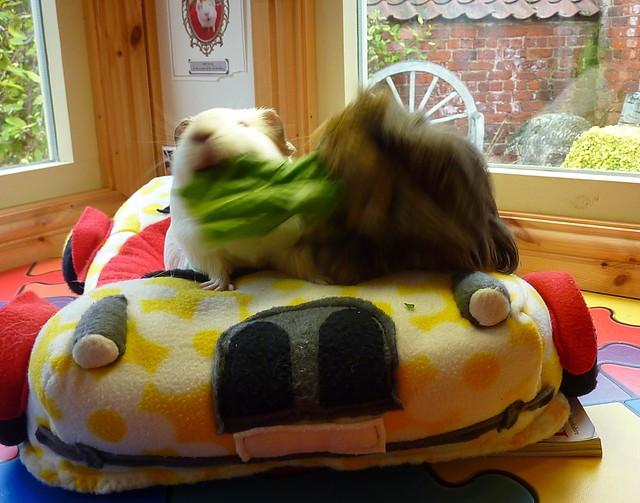 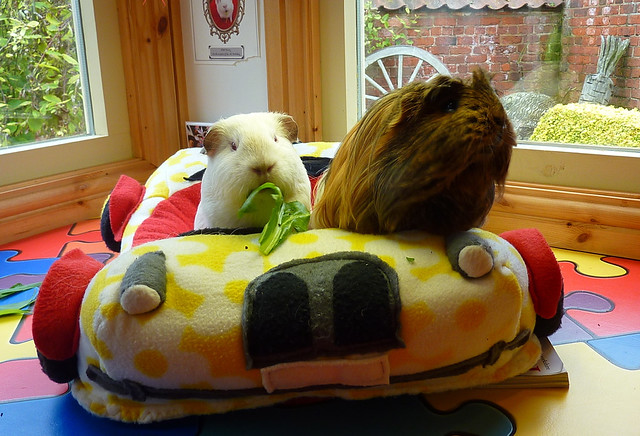 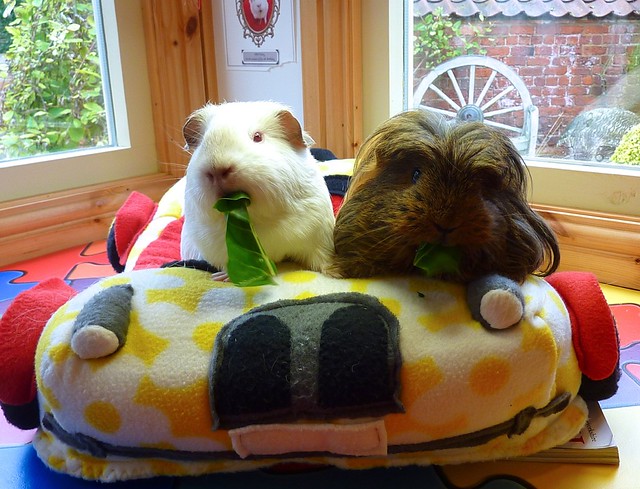 Sorry to hear things have been so hectic and not so well in some area.

It is nice to get an update and see some pics of the troops. They are looking good!!
Top

Midred, it is always lovely to hear from you! Sorry things have been hectic for you and Ian. I am glad the pigs are all well; it is great to see them again!
Top

Nice to have some pigs willing to sit for a photo session eh? They're to cute in their auto!
Top
Locked 963 posts