Got your order; thanks! They'll ship first thing tomorrow. :)
Top

Yes they're technically ornaments, but they could also sit on a shelf or desk. Cute and versatile! ;)


FYI: If anyone would rather make a monetary donation directly to either Rescued Guinea Pigs or EARPS (or both), you can now do that from TLPM's home page as well.
Top

JennG
In Memory of Mama

Ooo! I need to get mine ordered. *must remember to order tonight!* :) Those are so cute!!!
Top

Just added a few new things in time for Christmas on the Cavy Slave page: 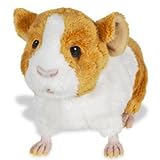 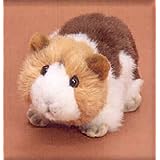 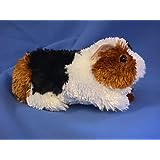 And in the Books section:
Stink and the Guinea Pig Express:

Many thanks to everyone who ordered from This Little Piggie Marketplace in 2008. I'm hoping to add a couple of new (and hopefully fun/useful) features to the site in the coming weeks.

And as always, a portion of the Amazon.com sales goes to Guinea Lynx. :)

I would greatly appreciate some feedback.

For the past couple of weeks, I have been tinkering with a project that I've wanted to do for awhile. I wanted to set up a sort of off-shoot to TLPM, where members could get news about new guinea pig products, review products (rate them), and also post Classifieds for guinea pig-related items. I also wanted a place to keep a list of rescue-based Cafe Press shops or iShops, as well as a listing of pet stores that don't sell animals. (Also toying with the idea of a listing of companies that don't test on animals.)

My first stab at it is this:
http://grou.ps/this_little_piggie/home

It can also be reached from the "This Little Piggie Marketplace" homepage.

I'd greatly appreciate some feedback on the concept (keeping in mind that it's still under construction). Do you think it would be a useful resource? Do you think anybody would actually look at it? Which features, if any, do you think would be useful? Do you think it should have other features as well? Or do you think it's a dumb idea/redundant to other information out there/waste of time?

Just looking for some honest feedback, before I go much further with adding content.

Well, for starters, I signed up. Not sure how this fits in with my stated personal goal of reducing screen time, but I'll let you know if I have comments.
Top

What I'd really like to do, is somehow incorporate some of that stuff directly into This Little Piggie Marketplace. Bogspot doesn't really have that kind of flexibility, though.

I'd love to do a complete re-vamp of the site over the holidays and set it up as a true website with lots of nice features (it was originally done as a "blog" as a test to see how much traffic it would get), but don't know how I would do it and not lose my standing in the search engines or lose customers who already know where to find it. :(
Top

sef, I was trying to find some brushes to clean my water bottles. I didn't see any on your site. Have any recommendations?
Top

Shouldn't this be moved to the new section?
Top

Well in order to not lose traffic you could have a link in the blog to redirect them to the new site.
Top

slavetofuzzy -- did you ever find the bottle brushes you were looking for?
Top

I did. I just ordered them from Revivla Animal Health. They are Lixit brand. They are due in next week.
Top

STF, let us know how the bottle brushes work. I need to replace what I have with something that works better.
Top

Yes, do let me know. If they work well, I can add them to TLPM (I partner with Revival).