oh and momo, if I could have your youthful looks throughout my life, I'd be very happy indeed
Top

I bought cake today.
What happened to the days where they used to give you a candle for free?
Now they charge you $1.50 to write Happy Birthday and make you buy a pack of $4.00 candles?

Liss, can I just print and cut out that picture.
That would save me some money.
Top

Hello Lynx, can I add Emma to my username picture?
Top

Sure Ben. You can print and cut out the cake so Momo can do the same for yours. 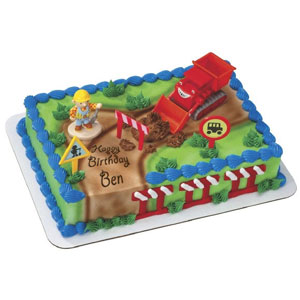 Yes, Happy Birthday Ben. You can feel free to come here and complain how Momo abuses you ; )
Top

Oh wow! I LOVED seeing the photos of your holiday and Birthday and everything! You both look so happy:) It really is lovely to catch up with Momo's piggy family too . . . .although the horrid, sad bits, that is just awful - poor Maxwell. Now Momo, this was definitely NOT your fault so please stop berating yourself, there isn't anyone that cares for their guineas more than you do.

I especially love Maxwell's hair do on his handsome little head-top!
Top

I've been out of the loop-- where/when did Maxwell come into the family? XD
Top

I got cake, and we sure sang sang sang! :)
Having birthdays so close apart is great, saves money, just roll everything into one, and buy one cake.
Although I have to admit, NOT whining aboot the cost of candles would have been great too. *cough cough*

Moving on...
SnowFlakey, I am BEYOND HONORED that you choose my precious Beibei, but I was afraid she might get lonely, so I sent her along with a few friends to you last Saturday. :)
I apologize for the delay, and I hope you will love her as much as I do too. :p

The past weekend has been a blast too, it was then Buji's birthday, so I chose the activity that would best suit a Buji who can't swim and sinks faster than Titanic...
We went for a full day kayaking trip!

Time really flies when you are having fun under the 90F sun, before you knew it, we were on some sandy shore beyond the Navy base...?
A note to all future kayaers, bear in mind, wherever you make it out to, you have to make paddle back too...

If we were by the side of the road, we so would have hitched a ride with buji's showing of his saxxxy leg.

Not only we got yumyums, lookit what momo made,,...
I really think I missed my calling, if I can obey them pesky speed limit, I would so get myself a food truck!

Even the piggies got birthday treats.
Emma got two, because, duh, she is buji's favorite..

But Berno got an extra large one though!

*gasp*
What do you mean where/when Maxwell came in???
Now let's see...
*counting my fat fingers*
Well, Maxwell came into our lives after the Pet Adoption Event at Santa Clara which I volunteered with CavyHouse.
CavyHouse has literally just picked him up, I laid my beady eyes on him, and that was ... it.
Maxwell made his debut on our Chronicles back in here, started with a quarantine and fungal disease.

We then decided that Mr. Fosta might be a long-term Fosta, so we renamed him Jojo, until one day, we saw a documentary on TV where there was a male gigolo with the exact same name. *cough cough*
Then we quickly changed it to Maxwell.

Maxie is doing extremely well. he gained all his lost weight back, healed up from his abscesses and even started to come out of his bomb shelter now to play and explore.
However, we do have one worry though.
Since he was put on antibiotics for so long while he is still so young, we are worried he might develop a resistance to antibiotics...
So we are advised to keep an extra careful eye out on him at all times, and perhaps he is not suited for a group living environment.

Berno is the one who keeps stealing my heart. Sigh. Those adorable little hiding eyes! Squee!
Top

I noticed that Bernie stands respectfully a few paces back while Emma is getting her treats. And Maxwell - glad he's gotten his weight back. He's such a fluff ball.
Top

Aww Maxie. so happy to hear that you're doing better!
Top

Miss Emma and Bernie are lovely, as always!

Maxie looks like he is wondering why you are pointing a camera at him when his dish is empty. :)
Top

Aww. You adopted him during my "dead to the world" phase. No wonder I missed it. :( He is a cutie, though!
Top

momo, really missed you :) your camping trip looked like fun! Bernie is looking sweeter than ever and Emma looking just a hint menacing :P

Poor poor maxwell, he is so brave! He is in for a good long happy life.

I agree on the close birthday convienence--my husbands and my birthdays are back to back days!
Top

Me want to know why the kronikles were not updated last Friday?
Me have things to say...