Just read the medical thread. I hope it's nothing serious. No harming getting an appointment with the vet lined up as you can always cancel if he improves as sounds like the vet you want to see is popular and might not be easy to get an appointment with.
Top

Just a quick drop in visit from the boys!

Napping: do not disturb!! *stinkeye*

Love that little crest, want to plant a kiss right there.
Top 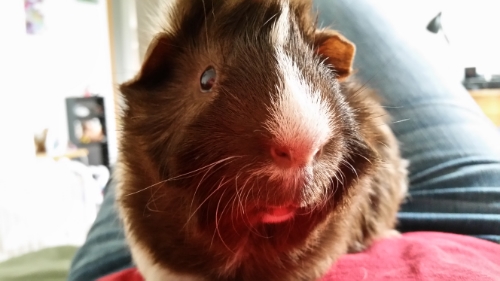 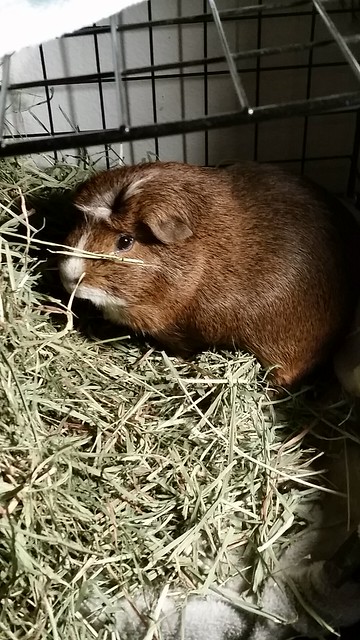 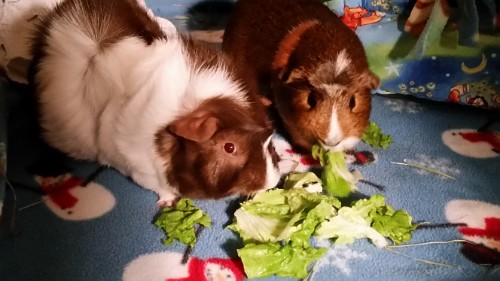 Excellent! You are da bomb!

Oh, and your photos look all the more arty and stuff :-)
Top

The boys are as adorable as ever!
Top

The boys are looking well and super cute as always.
Top

Oliver is open to gentle squishes! :) He did bite me the other day, so squish at your own risk!! :P
Top

So, the boys are on a short (until Sunday) vacation to my Mom's house - I am in the process of moving, and am without an apartment until the 2nd.

Yesterday, when I picked Ace up before she left with them, he started SCREECHING louder than I have ever heard!! He didn't seem to be in pain, and was fine as soon as I put him down. My mom said he did the same thing when she took him out of the carrier last night.

She said this morning one of them (she doesn't know which) woke her up, and was "chirping like a smoke alarm" - do I have a chirper?

She is super stressed about having them, she's afraid something is going to happen to them. :-/
Top

I dont think it was a constant chirping like in the videos I have seen, more intermittent. I didn't really know that it ever meant anything bad?

I told her to go online and look at videos and see if that's what it sounded like.
Top

It could be the upheaval that's made him a bit more sensitive/vocal. When I took the pigs to my parents' for Christmas, Bobs was stressed as anything which made him loud (and grumpy and humpy).

Hello all!! Things have been busy here in Iowa!

We have moved, and I have started a new job, which I love!

The boys are well, and I think I owe some pictures!! 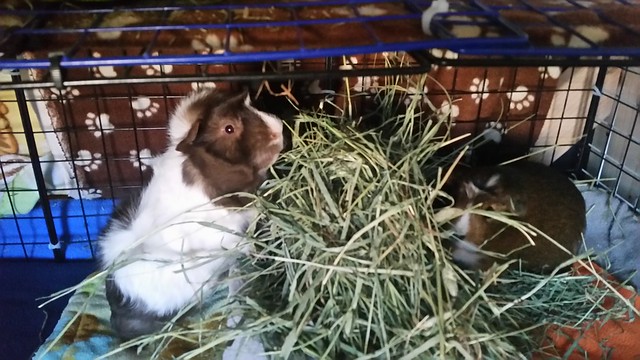 Napping in the sun 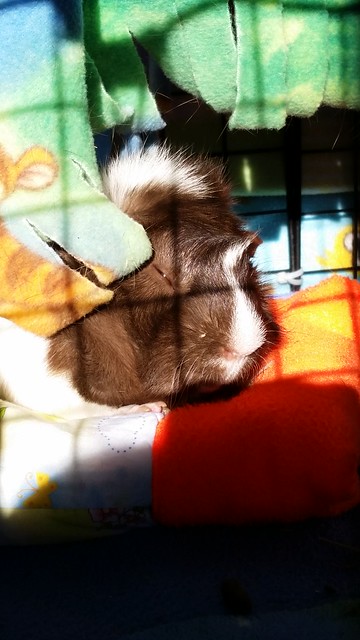 And, we got our very own Platypuses, er, platypi? 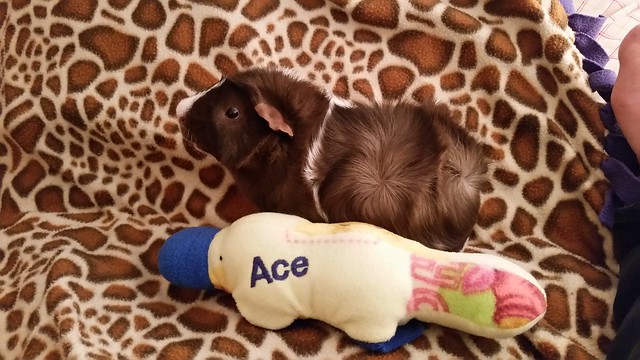 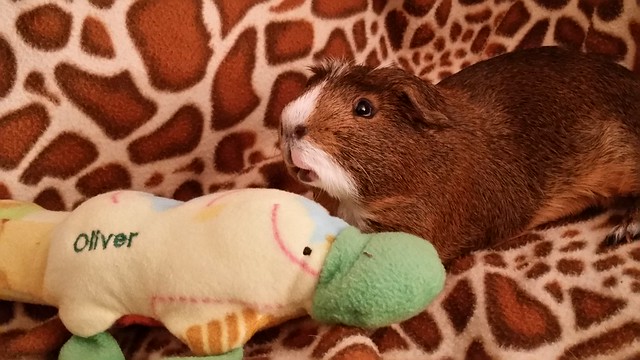 Although, some of us forget our manners from time to time. Apparently it's No Shame October? 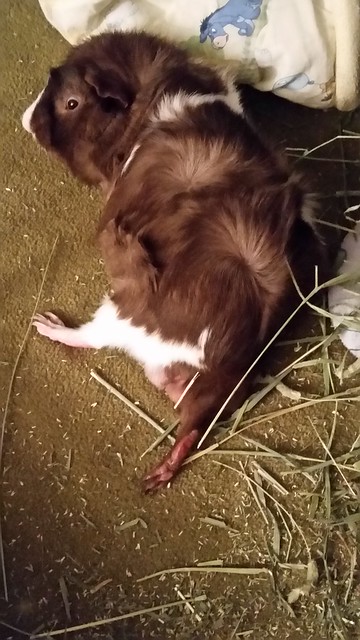 *sigh* Boars will be boars!!
Top

Those are great pics!
Top