My windows are tinted pretty good, but I plan on shading them from the sun. I also have water bottles that can go on the carrier door for those in them. We've been non-stop for weeks now and I'm utterly exhausted. There's still unpacking when we get to the new place too, so no immediate end in sight. My body is shot so bad that even my aches and pains have aches and pains. Luckily my son is moving with us and doing a lot of the heavy lifting. We've gotten rid of a ton of stuff. I knew we had accumulated a lot, but it's worse than I thought. We have a 26 foot Penske truck, my Ram 1500 and a 6 by 10 foot trailer and we'll still be leaving two large storage units full of stuff we have to come back here and go through later. Whew!
Top

By the way, I think it was yesterday on Science Friday (NPR) I heard the best way to cool down badly overheated athletes is to chill their hands and feet because the cool blood is taken to the heart.

That tells me bringing extra ice to have on hand to chill some water for their feet in an emergency could help.
Top

I'm glad you have help, moving is a big job. At least when you get there, there's no rush to get everything done. Just get the guinea pigs taken care of and the basics for you, and take it a day at a time.
Top

Happy to report that all 12 piggies made the trip to our new home safely. Because of unforseen circumstances, we wound up doing more night driving than day. That helped keep them cool. They took up the whole inside of the car except for the driver's seat, including having to fold down the front passenger seat. Mr Bubbles rode in his regular cage as planned and did very well. He probably didn't even realize that he was traveling. I had Sammy and Dean in one of the old, smaller cages and the girls in the other one. Wilber and Grady, Gilligan and Skipper, Kailua and Jack were in totes. It wasn't optimal but it was grade A compared to how they are transported to the pet stores.

When I started out, I had Gilligan and Skipper separate in the small carriers for the first leg, but my wife noticed that something wasn't right and we decided to put them in a totes together because they weren't doing well. I was worried that I might lose them because you could see that they were getting depressed. As soon as I put them back together they perked right up. I checked on them every time we stopped and made sure there was plenty of hay for everyone and I changed their bedding every day. I also left the car running at all times with the temperature set at 68° while the piggies were in the car. I had blankets over them to keep the sun off of them.

We stayed in a hotel on the first night and they waived the $10 per pet fee for the guinea pigs, which helped out. The second night, we stayed with family and they had a really nice and safe spot for the pigs. We drove through the third night and took a few hours nap at a rest area before getting to our new home early evening. Each time we were able to get them out of the car, I was able to let them out and stretch their little legs.

It was a very tough trip for us. The big Penske truck was very tough to handle and took a lot out of me. I'm pretty sure we overloaded it, which made it impossible for it to go more than 25-30 mph up the many big hills in Nevada, Utah, Wyoming and parts of Nebraska. The drive that normally takes us 20 hours ended up being nearly 40 hours. It wasn't much better for my wife driving my truck with a full bed and pulling a fully loaded trailer, or my son in the car full of guinea pigs.

But we all made it all in one piece with all of our stuff. The piggies are all back in their own cages. I even get to have them in the master bedroom with us. Now we have the monumental task of getting unpacked and settled in. My body is just hammered right now. It feels like every disability I have is 10 times worse. I can hardly move, to say nothing of walking around or picking up and moving boxes. I've had to just rub dirt in my wounds, suck it up and stay in the fight. Advil helps, but I'm running on instincts, physical and mental toughness and we'll get it done. Luckily I have my son and nephew to help us with some of that. Then I can get rested and recovered and start working on making this mini homestead work.
Top

So glad everyone made it safely. You’ve accomplished so much getting to your new home with the trailer and vehicles. Just take things a day at a time. Once you get a little rest you’ll be feeling better. Take care.
Top

Thank you. I'll recover eventually. It just takes a lot longer than when I was in my prime. The important thing is that everyone made it here and all of the time crunch stuff got done before their deadlines.
Top

Super! Thanks for the update! Sorry it took so long but at least you are there! I hope you end up 100% happy in your new home.
Top

Yay! Welcome to the Show-Me state! "It just takes a lot longer than when I was in my prime." I hear you on that one. Once you get the necessities unpacked you can take your time on the rest of it. I'm looking forward to hearing about how the piggies adapt to their new home.

"He probably didn't even realize that he was traveling." Funny.
Top 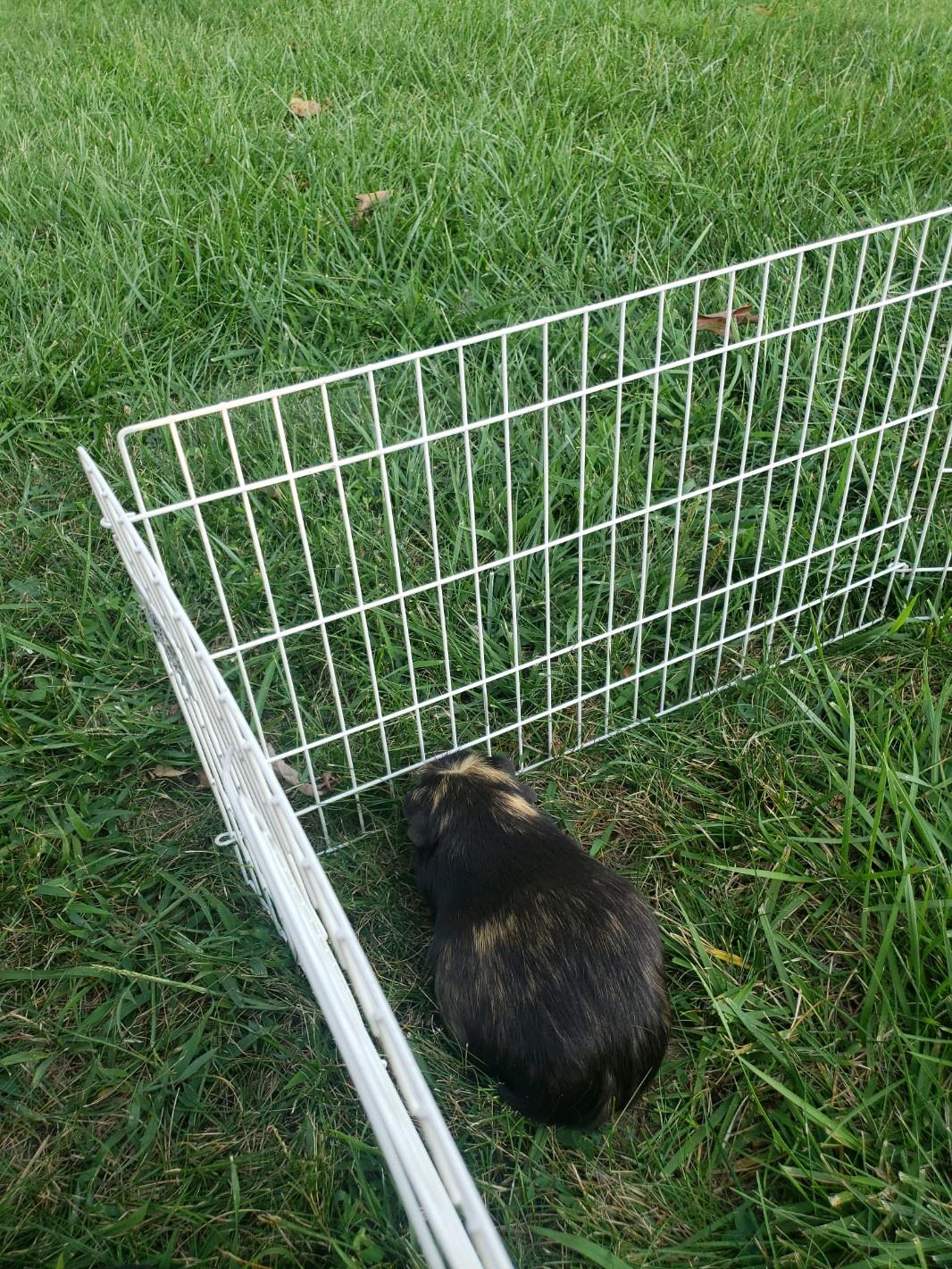 Mr. Bubbles got his first taste of Missouri grass. Didn't take him long to eat his fill. I think there's a bit of cool comfort there for him to lay in as well.
Top

I'm assuming it's a different kind of grass from what they had before? It looks lush.
Top

It's actually a mixture of grasses. There's even some hay in there that spilled over from the pasture over the years. We just don't let it get to full height.
Top 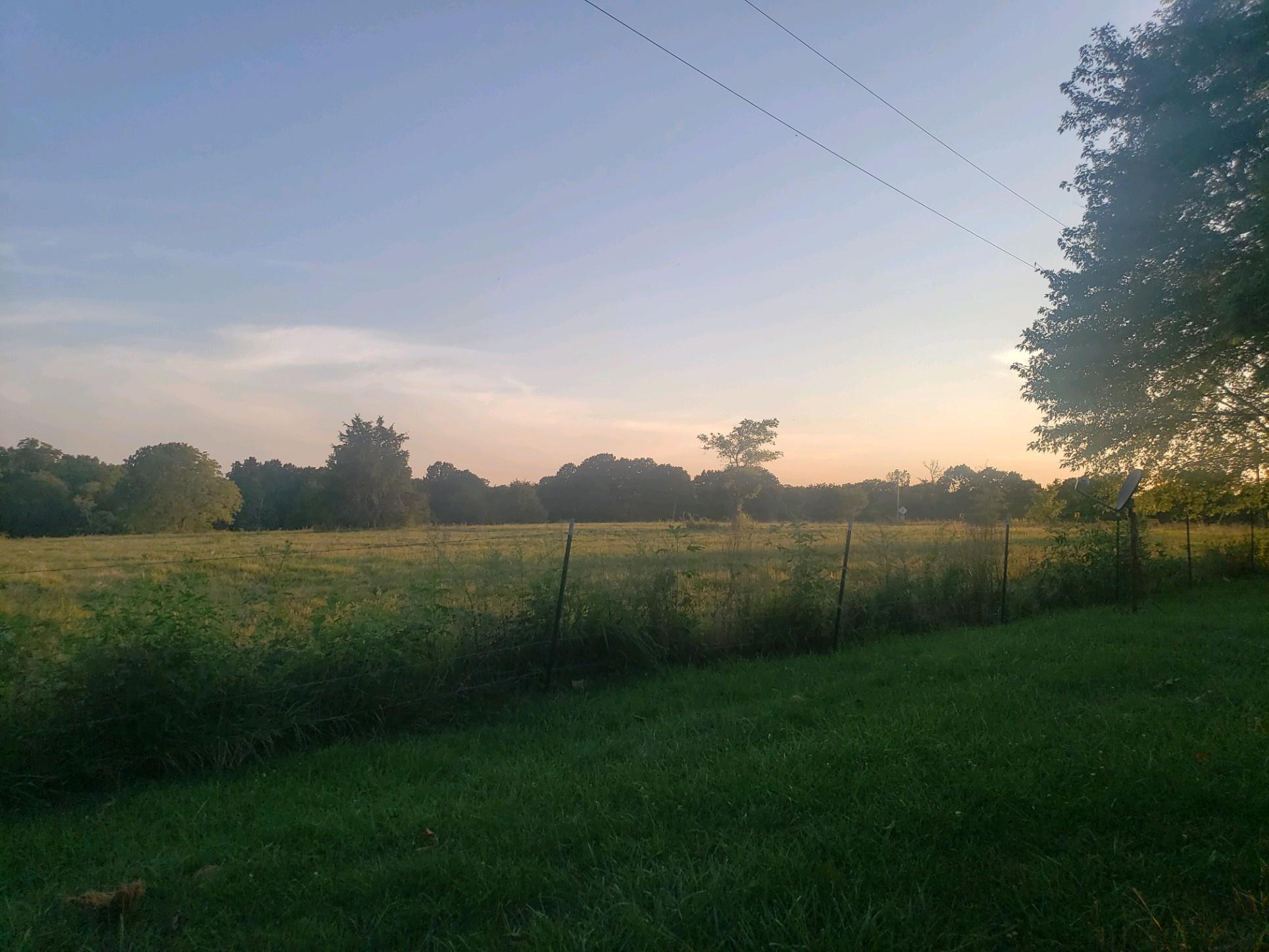 This is the pasture. It is about 4 and a half of the 8.7 acres we bought. It was let go for quite a while before I bought it. Going to take some time and TLC to get it back in shape.
Top

I hope there are no dreaded weeds. Some weeds are very prickly and can cause injury. But what a lovely opportunity!
Top

That's just beautiful. I lived in Hawaii for a short time right after college and I really missed the Missouri countryside.
Top

I've already had it brush hogged down. I'll have to get it sprayed for the weeds and it will be out of commission for a whole season. When it comes back, it will be in really good shape. I can have a 100 foot square section cleared and plant Timothy grass. That's a year out though. In the meantime, I've found a local farm store that has 50 lb bales of Timothy hay for them.
Top

Around here they call it bush hogging (it would be bush hogged). Have you had a chance to find out what is growing in it? What kinds of grass and what kinds of weeds/flowers? What an opportunity!
Top

There's an area in NW Missouri that has been restored to the prairie as it was before the Europeans came. I'd love to see it. There is a very old cemetery here (I think William Clark of Lewis & Clark fame is buried there) that has a small plot of real prairie. It was never disturbed, so aside from non-native weeds it would be the same as it was in say, 1700.
https://graphics.stltoday.com/apps/prairie/

Now back to our regularly scheduled programming, the new farm.
Top

I know there's orchard grass and clover for sure. There are other kinds of grass and forage that I have yet to identify but I do know that it is a very good pasture for cows. It's been a few years since it housed cattle though. It's been let go for at least 3 seasons, so I'll have to invest a lot to get it back in shape.
Top 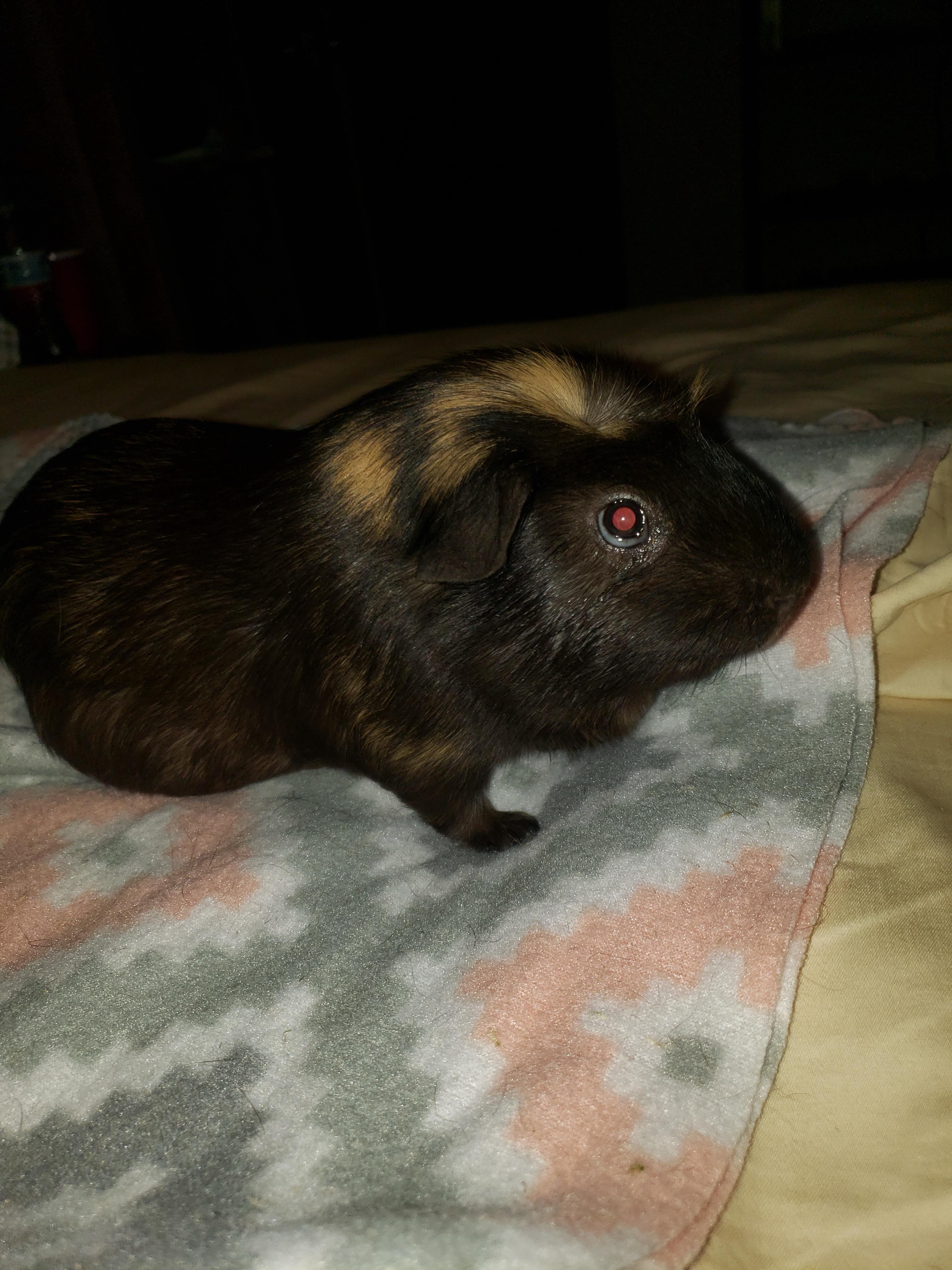 Happy 5th birthday to Mr. Bubbles! It may or may not be the exact day of his birth, but based on when we got him and how old he was, we can estimate that he was born around this time in August of 2016. He's doing pretty well. He's got a little bit of clear fluid in his one eye as you can see, but it's not bad. It's kinda like an overactive tear gland. It comes and goes. His other eye doesn't have that. There's no pasty or white stuff that would indicate an infection. It's clear like tears. I have drops for him if it gets bad.
Top
Post Reply 346 posts