And in Other Trump News & Weather...

I hadn't thought of that, but wondered what the heck that hospital thing was all about. It's a very good theory.
Top

Pence has been in the loop for all these transgressions.

I do think trump needs to be removed from office asap.
Top

Being from New Jersey, I always read and watched New York news even when I was away. There were always plenty of newspapers, Times, Post, Daily News etc. Rudolph Giuliani's career and rise from US Attorney was always front and center. I never really liked him but he did get results. He cleaned up the Fulton Fish Market and the West side first. That may seem a small thing to people not from NY but it was the entire downtown east side being run by the mafia and the west side was gang corrupted by the Westies who actually worked together to control all of downtown. They ran NY without interference and the entire city was corrupt and dangerous.

William Braton, who subscribed to the theories and practices outlined in the book "Broken Windows" deserved a lot of credit for cleaning up the rest of the city but it always seemed Giuliani was reluctant to give it, he wanted to take all the credit himself I thought. However, when 911 happened and Giuliani was mayor he took on an almost impossible job and did an amazing job no one thought could be done as quickly and efficiently. He gets a lot of credit for it. He had a good name. I didn't like him but I respected him.

Now it is difficult to watch and listen to him. He seems worse than Trump. Ego, stupidity, making no sense. It is difficult to understand. I feel something is promised here and me thinks it's the vice presidency. He has become an exact replica of Trump and even if he had some of the traits he certainly wasn't anything near a Trump.
Top

I have a crappy memory which serves me well and serves me poorly. It's interesting to look back on who we think a person is and try to reconcile it with who that person looks like today. I think he has sullied himself so badly that if I had any reasonable memories of any success he had as a mayor, they would be completely blotted out by his current self, and forgotten.
Top 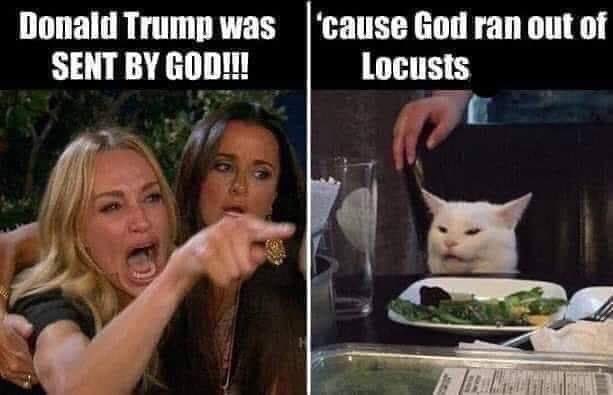 Too funny. I wonder how many family squabbles there will be around the Thanksgiving table today on that very subject.
Top

Copasetic people around my table!
Top

Guilani was always on the jerkish side but his accomplishments in getting lower Manhattan back together can't be diminished even by his asshole behavior now. It was extraordinary. I swung into NYC about 4 days after 911 happened and prior to heading to Dover to go to Afghanistan so I could see first hand why I was going and I believed it would never be cleaned up. That's how bad it was.

That said, he has destroyed his reputation in terms of ever doing anything meaningful again. He always did seem power hungry and now we know for sure he is. He has sold his soul for a little bit of power on the World stage which may land him in prison but he is that blinded by it.
Top

A while back I linked to her Ted Talk delivered to an audience of Silicon Valley people. It was about the hijacking of personal data from Facebook & elsewhere & using it to ***weaponize*** political ads sent to specific individuals.

This was accomplished by Putin, Trump Campaign, Brexit, WikiLeaks & Cambridge Analytica. I'm reading "Mindf*ck" by Christopher Wylie, who is an ex-Cambridge analytica employee & whistle blower. Same theme of getting detailed info on individuals online & using it to weaponize political ideas. Cambridge Analytica is a military contractor & psychological warfare firm. They're using personal data from Facebook & other social media to create phony posts in order to sway American opinion. And we can't see any of it happening because it's all online. I think this is part of why after all the testimony of the last few weeks, the poll numbers on impeach or not haven't budged. Which emboldens Trump & Senate Republicans.

I've thought for a long time that this is happening - lists - just as Hitler had lists for England & Canada - who to round up.

I think this is one of the reasons I have not at all been active on facebook. GL may have a presence there but I don't trust them at all. As far as I can, I avoid providing info.
Top

Ditto. And the thought of Facebook making all kinds of $ selling off people's info. I remember Sheryl Sandberg blabbing on about transparency, blah, blah, blah. I wonder if she was "leaning in" during the hearing.
Top

The interesting thing about this is that some of the selections are not so much lies (which many of them are) but the all out whacko statements he has made.

I guess it supports the theory of dementia/mental illness.
Top

They sure took their time voting on the first article. A bit quicker on the second.

Now I guess they will decide when they want to send it to the Senate where, I am sure, mconnell will do his best to just ignore it.
Top

Oh, absolutely. McConnell will do everything in his considerable power to squelch it.
Top

That he is "coordinating with the white house" is just plain crazy.
Top

"Crazy" seems to be commonplace in politics at the moment. The UK election demonstrated that voters dont seem to care about honesty and integrity any more.
Top

Here is that Christianity Today article that is getting so much attention:
https://www.christianitytoday.com/ct/2019/december-web-only/trump-should-be-removed-from-office.html
Top

Thanks for that link. I hadn't read it but took time to do so.

They tried to be very nice about calling a spade a spade. I wonder who will see the light.
Top
Post Reply 269 posts