Ahh. Ok. The other 3 eat the colored part readily, but don't eat the crunchy pieces. I'll bet it is. I'll keep that in mind next time we have problems finding red or green leaf. Radicchio must be that way, also. Most, if not all, do not eat the white, but love the purple parts.
Top

Saw Dr W. in Olympia a few days ago. He didn't have a lot of time for us (receptionist scheduled appts too close together), but he said this was more of a chance for us all to become acquainted with each other anyway.

In general he found Peek to be healthy for his quesstimated age. Would also like to see HIS x-rays from AHS in Longview. When I told him about the cough I occasionally hear from Peek, he told me to worry only when it became a trend. He couldn't hear anything "off" in Peek's chest. No lice or skin problems. No lumps or bumps where there shouldn't be any. Agreed that the metacam is a good treatment for Peek's arthritis issues and chided me to be more careful when noting dosages given in his record book (I wrote 0.5 instead of 0.05 once). ;o)

I didn't think to point out the Pea/Fatty eye Peek has and he didn't notice it (we were busy talking - bad momma). Besides, Peek usually really goes bug-eyed when he's scared. This condition will definitely be one of the things we discuss next time.

Will post more once Dr W. has a chance to look at Peek's x-rays.
Top

About 3 minutes ago, Peek suddenly started an almost constant wheek, but it's a very unusual wheek - raspy, wheezy...

I pulled out my stethoscope and listened and I can hear his breathing along with the heartbeat, it sounds kind of wheezy also, but this is the first time I've listened so I don't know what is normal.

Can you tell me what to do? An emergency vet appointment? Stop panicking?
Top

Panic attack over. I think he just got a pellet stuck in his throat and couldn't breath or wheek properly. It must have taken close to 5 minutes for him to be able to cough it back up/out. Scary 5 minutes for both of us! He seems ok now, but I'm going to stick extra close today.
Top

As I've mentioned before, Peek coughs a lot. He's been seen by no less than 3 different vets, none Exotic, but all experienced with guinea pigs, and none ever found a problem. Granted, the last vet only seriously checked problems I could report and this is not one I thought of at the time.

I'm pretty sure I hear him cough at least once a day, and MOST of the time he's eating. The second vet suggested I separate him from the others at meal time so he wouldn't feel rushed. I did and he now coughs a lot less, but how do you separate them when they need hay all the time? (rhetorical question).

To date, the worst episode was when he apparently got a pellet lodged in his throat - that time he could barely breath and it took about 5 minutes and my massaging his throat before he was able to move it.

However, last night while eating in his carrier, he had a coughing spell that worried me enough that I had to run over to check on him. He coughed a couple more times, then mostly stopped.

I've been giving all but Fuzz cherry tomatoes almost every night. They get cucumber several times a week, but not every night (various reasons); last night was a cucumber night. My point being: could the cucumber seeds lodge in his throat easier than tomato seeds?

Is it possible he has something wrong with his throat? Of the 5 pigs I have, if I hear a cough, 99.9% of the time it's him. I know I'd need to take him to a certified Exotics Vet, but what test would they do to check his throat? Since the only time he truly scared me was with the pellet (in 3+ yrs), is this something I need to have checked more in-depth?
Top

Cucumber seeds shouldn't present any problems for a normal pig. Tomato seeds, either. It's the hard ones you really have to worry about.

That said, we've had a pig on here that had an abnormally small throat opening. I can't remember what happened with it. But yes, you need to see an exotics vet. You're only wasting time and money otherwise.
Top

Thanks, bpatters. As soon as I get back I'll start my search for an Exotics Vet.
Top 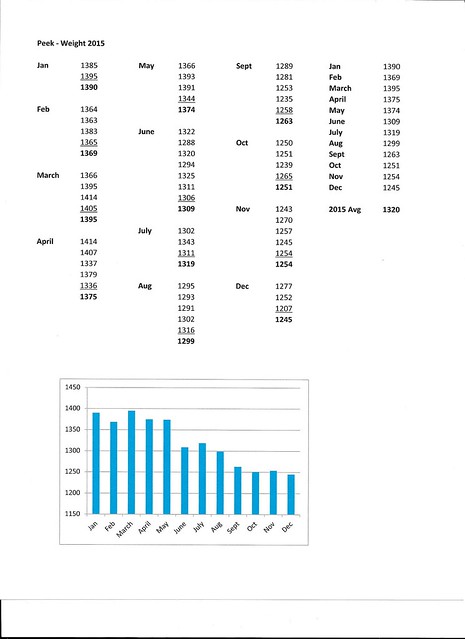 This concerns me a little bit. We aren't sure of his age, but think he's at least 5, possibly closing in on 6 (counting March, his adoption month, as his birth month). He was definitely an adult when I adopted him in March of 2013. Would the weight loss support our suspicions?
Top

In my experience, definitely yes. Many of our senior males have lost 100-300 grams slowly after hitting 5+ and older, especially if they were big pigs to start with.

Is he otherwise healthy?

Consider an x-ray for heart enlargement and arthritis. If his weight begins to stabilize in the lower range and he's otherwise fine, I'd not worry. If he continues to lose, something else may be going on.
Top

We know he has arthritis (takes Metacam daily) - he had full body x-rays done last Sept., when the vet suspected bloat, along with the arthritis. She DID look at his heart because we'd just discussed possibility of developing heart disease (all the coughing he did, the fatty eye (?), and occasional "hoot" of a sort). She felt it was normal.

I will definitely watch his weight much more closely now that I've seen the downward trend, and will discuss that with our new vet who is looking at the x-rays. He didn't find any obvious problems with Peek, either. I can't believe I didn't see such a steady loss until I made the graph. I do compare weights over time, but just by -looking- at the page in their record books, not giving my full attention to an analysis. I will be doing so now!
Top

See if you can get the vet to consider a trial of benazepril based upon clinical sign. This will take respectful diplomacy along with a lot of persistence on your part, but keep trying.
Top

I just spoke with the new vet up in Olympia (vs the one down in Longview). He has some problems with the x-rays of Fuzzbutt & Peek, taken digitally by the vet in Longview. I'll post more on Fuzzbutt's thread since she was the main focus of our conversation.

Anyway, I'll take Peek and Fuzz both up to Olympia and have him take some more x-rays. As willing as he is to learn from us, I'm pretty sure he'd be willing to try heart meds after the x-rays. I'll print off the heart info from GL just to be sure he understands the possible need.
Top

Vet still waiting for dental x-ray machine so still no new x-rays for Peek or Fuzz.

Meanwhile, Peek's annual limp has just appeared again. Overnight. He seemed fine yesterday. Ran from me at dinnertime and everything. We got up this morning and I noticed he was laying around hunched up so I gave him his drop of Metacam early. Just now I noticed the limp, so I've given him another 0.05 of the stronger strength. He's not been getting it every day as was suggested by the vet. I wanted to see how little we could get away with and him still be comfortable, so he's been getting the 0.05 (or slightly less) every other day, and has been fine. If I see signs of pain on the off days, I go ahead and give him the small dose. I just checked the dosage again, and if this second dose still doesn't do the trick, I can give him another in a couple of hours. Vet says we can go up to 0.2 if necessary.
Top

Most medications for pain/inflammation require a steady blood level to be effective. Those meds are not like aspirin/etc. that are designed to be one-off doses if needed.

If you're letting the med levels drop to nothing, it requires a higher dose to get the pain/inflammation under control. He'd probably be more comfortable if you gave it to him every day, or split the dose in half and give it to him twice a day.
Top

Even with the possibility of organ damage? That's what I was worried about. And when the vet suggested I give Fuzz, who can't tolerate the metacam, the smallest drop I can pull up when she's at her worst, I thought that would work for Peekaboo, also. Damn, err dang. Ok, Peek will go back to the 0.05 dosage daily.

However, the "annual" limp has shown up 3 for 3 of the years I've had him - every March or April. I'd hoped since this year is so warm (high 80's already) he'd be able to bypass this. Of course, we don't know what's causing the limp; nothing has ever shown up on x-ray except for some arthritis. This limp only shows up this time of year, every year. Beats the heck out of me and the 4 vets who've seen him.
Top

That is interesting, GrannyJu1. What's weird is that humans who have arthritis can experience seasonal exacerbation of symptoms, often during the Spring (relieved more during the Fall). I wouldn't know if this would crossover to piggies. Have not seen all of your string, but is it one-sided, leg or hip can you tell?

We did the same as you with metacam early on with our little boy who had arthritis. There were days that he was more obviously uncomfortable and these were the days we focused on with dosing (and our doctor did suggest a lower dose, so was giving 0.1cc). I was also worried about his organs, as you are. Turns out his bloodwork was perfect at 8yo. He did have spurts of energy and more comfort on certain days, so I left well enough alone during these moments. Had also offered anti-inflam foods/juices, and did offer oxbow joint tabs in small amount as they have some anti-inflam ingredients (small amount where glucosamine 90mg is present in these, but turmeric, ginger root and yucca are also present).
Top

I'd up the metacam if and as needed, especially since there's a distinct pattern here. You can drop it back down when 'limp season' is over.

Those are very small amounts. I'd be less concerned about long-term organ damage than the more immediate effects of not moving around much -- stiffness worsening, sitting in pee, eating less, sludge forming in bladder, etc. etc.

In other words, ditto bpatters, with a little extra if and as needed for as long as needed. In my experience, the risk of organ damage on long-term, low doses of NSAIDS is minimal. Not zero, but minimal. I've had a bunch of pigs on NSAIDs long term and have yet to have the first problem. Not that it can't happen, just that in my experience it's unlikely, and the problems stemming from chronic discomfort are orders of magnitude greater.
Top
Post Reply 149 posts