Ovarian cysts are a reproductive problem that can develop in sows as they age.

Typically accompanying the development of ovarian cysts are hormonal changes which result in hair loss, usually appearing first on the sides (see picture at bottom of page). Sometimes the vet can palpate cysts and sometimes they can be seen on an X-ray. The x-ray below reportedly shows two round symmetrical ovarian cysts and an inflamed liver (also round). An ultrasound is also an excellent diagnostic tool for determining the presence of cystic ovaries. If your vet uses an ultrasound, take a comparison pig of the same sex, size and age if possible. 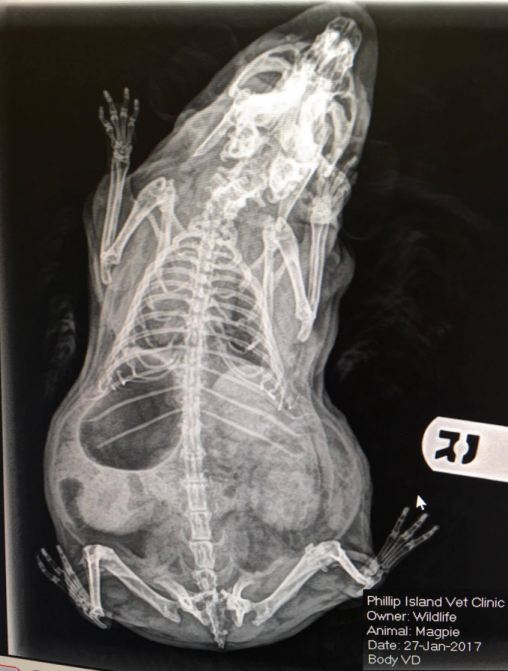 Thanks to Maddie for submitting the photo. Larger image.

You may notice the following signs, which the author's guinea pig, Snowflake, developed at about 3 years of age. One of the cysts removed pictured below:

Because a cyst that is allowed to grow runs the risk of bursting - spaying is the standard recommended treatment. For guinea pigs that are poor surgical candidates, hormone treatments such as HCG (human chorionic gonadotropin) may temporarily shrink ovarian cysts.

Cysts can become extremely large. The cyst pictured below increased in size visibly over just a day or two. Smaller cysts were found on the ovary pictured on the right. Central tissues are the uterine horns, with fat visible. Removed material weighed in at 0.28 kilos.

This pig displayed none of the usual signs of hair loss or moody behavior, perhaps due to the sudden onset of the cyst. The hair was greasy/dandruffy. In the 12-24 hours before being seen by the vet, the sow became lethargic and appetite decreased. She was successfully spayed and the cyst removed. 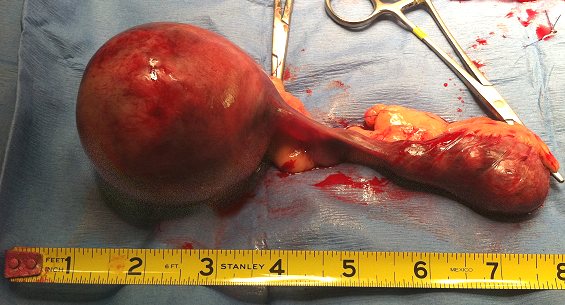 Thanks to Chii for submitting the photo.

Find below a photo contributed by Elly of her sow Meg. Meg's hair loss pattern is typical of a sow showing hormonal changes apparently caused by the ovarian cysts: 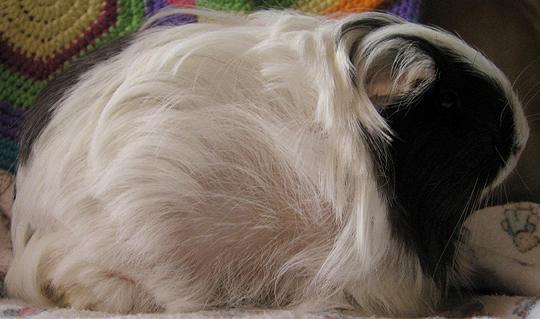 Sows in good health can be spayed (removing both the uterus and ovaries) by an experienced veterinarian. All surgeries are risky. Check the Surgery page for tips on finding a good surgeon.